The Magic Shoppe Slot will Introduce Gamblers to Magical Attributes

What is the Magic Shoppe Slot?

On June 20, 2017, Betsoft Gaming, a developer of 3D video slots, announced the launch of its new release of the game with five reels and 25 pay-lines – the Magic Shoppe slot machine. A mysterious mood reigns in the new game, and glyphs and other secret symbols successfully support this atmosphere. Players will truly enjoy this game and all its unique features.

Gameplay of the Magic Shoppe Slot

The Magic Shoppe slot by Betsoft is available to all users for free. For bets and spins, there are demo coins.

There are nine simple characters in the Magic Shoppe slot. Conventionally, they can be divided into those that bring a small reward even for long chains, and those that rarely fall out but bring more benefits. The minimum number of characters to pay is three. Except in cases where the same icons appear, only two images are needed for the starting combination. 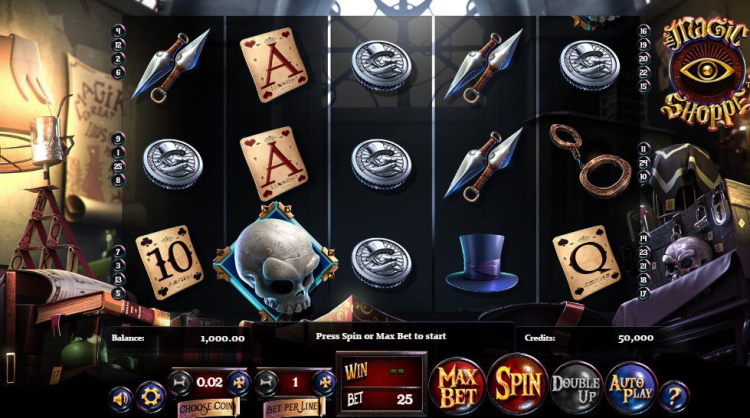 Bonuses of the Magic Shoppe Slot

Magical spins are activated by three or more Scatter symbols that appear anywhere on the reels. A wheel appears on the screen, which players need to start to get free spins. The wheel stops at numbers from 4 to 16, and the player receives the amount of Free Spins that have fallen. Each additional Scatter symbol in Free Spins mode brings plus four additional spins. During magic spins, any prize symbol unlocks the expanding symbol of the magic wand in the next rotation. During the function, all Wilds are fixed on the reels until the end of the round.

This 3D slot, like all devices of the Betsoft company, has an excellent set of characteristics, high RTP, and wide bonus features. Graphics and sound effects will also help players to feel the unusual atmosphere. There are no significant drawbacks in the Magic Shoppe slot.