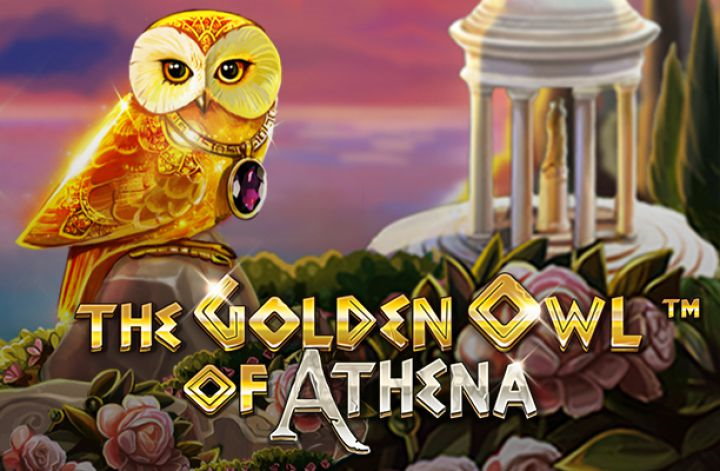 The Golden Owl of Athena Slot: the Wealth of the Legendary Olympus

What is the Golden Owl of Athena Slot?

In 2018, the new slot from the BetSoft provider appeared. The game is dedicated to one of the most revered ancient Greek goddesses – Athena. The golden owl is one of its main attributes and symbolizes wisdom. In the Golden Owl of Athena slot, users will be able to get closer to the ancient Greek culture. They will have to collect combinations of temples, helmets, and other symbols. Successful users will be able to meet with Athena herself. The slot has a mini-game. Upon receipt of payment, it can be doubled. To do this, it is enough to guess the side to which the coin will fall.

Gameplay of the Golden Owl of Athena Slot

Like all devices of this provider, the Golden Owl of Athena slot has 3d design with lively characters and bright effects during spins.

Betsoft slots have pretty standard controls with intuitive buttons. Here, players have to choose the face value of the bet and start the reels using Spin or Auto Play. In the settings menu, they can turn off the music or special effects as desired, as well as turn on the Turbo game mode. The latter significantly increases the speed of spins, which saves a lot of time. The lookup table is opened using the corresponding key in the central part of the control panel. 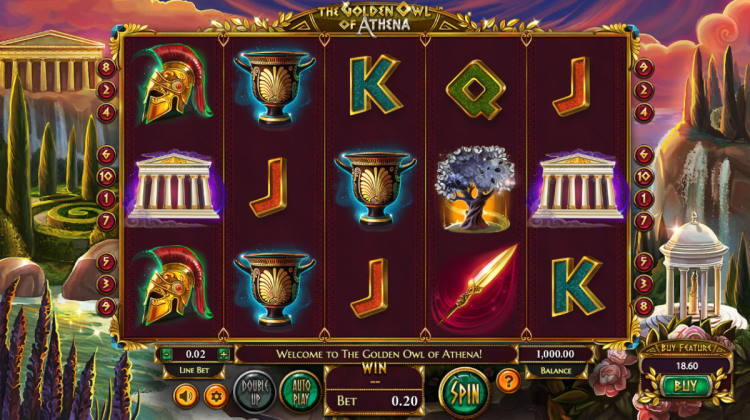 Bonuses of the Golden Owl of Athena Slot

The Golden Owl of Athens has a scatter symbol in the form of the main character. Users should collect from 3 to 5 birds in one line and get 8.12 or 20 free spins! There is also the option of buying 20 free spins. The cost depends on the face value of the bet. In the classic round for prize doubles (Double Up), players have to guess the head or the tails will appear on a hidden coin. Each correct answer will double the amount, but the very first mistake will reset it completely!

Like other Betsoft devices and thanks to HTML5 technology, the Golden Owl of Athena slot is compatible with computers and any mobile devices running Android, iOS, and Windows. The graphics, design, and sound effects are also great. It also provides a demo mode. Players can only be confused by the rather low RTP, but with the right approach, they can win good money!