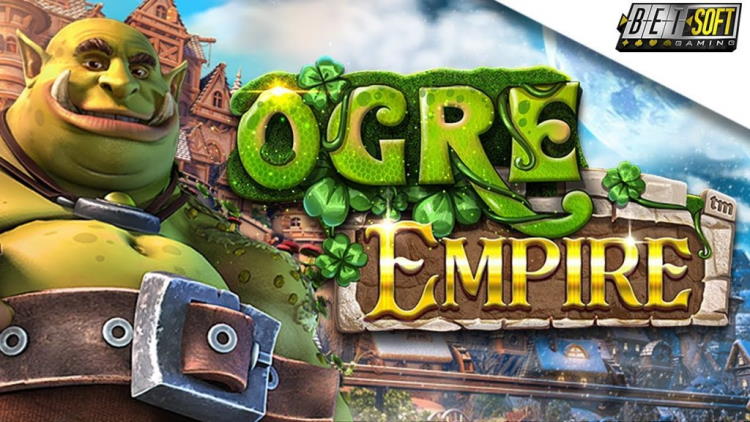 Ogre Empire Slot: Worth & Limitations of Friendship With an Ogre

What is Ogre Empire Slot?

According to the legend of BetSoft company, displayed in the Ogre Empire slot machine, a terrible green ogre rages in one fairy kingdom, which in the daytime does not allow residents to walk along the streets of their town. The only salvation of the townspeople is night, as well as the correct actions of the slot players, capable of putting the monster to sleep with the help of the prepared set of options.

On a field of 5 reels and 25 winning lines, users will have to deal with the animated monster, creating a combination after which, the user’s balance will be replenished with a payment (up to x1000), and the ogre will fall asleep with a sound sleep.

Payments in the lines will be formed with the participation of game images of coins, a wooden baton, a mushroom, precious stones, face values of cards, and a green ogre. 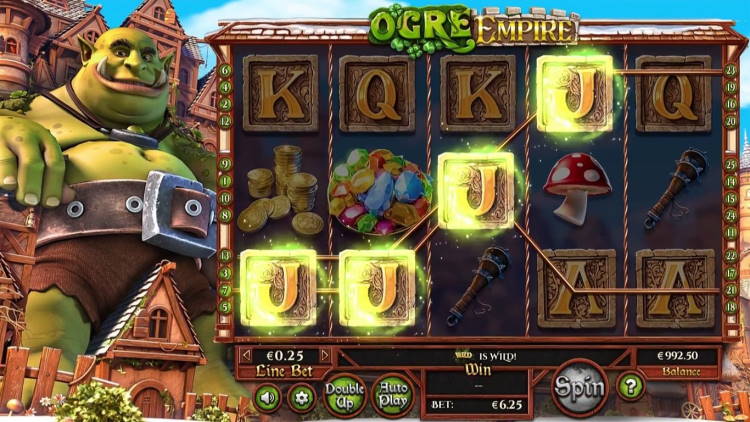 In total, there are two types of bonus in the Ogre Empire slot machine, each of which is activated in the night or day game mode and performs the following prize-winning actions:

In addition to numerous characters with additional features, the Betsoft company has provided a round for doubling Double Up. A button on it is activated after each winning spin. By clicking on it, players get to a separate screen in the center of which there are a closed coin and two options: the head and the tails. After clicking on one of them, the coin will begin to rotate and stop in an unknown position. If the side that opens coincides with the option of the ogre, then the gain will double. In case of failure, the entire amount will burn away.

With the Ogre Empire Slot, the Betsoft provider has demonstrated its professionalism in the selection of the plot, prize data, as well as the proper combination of these two parameters in the gameplay. To do this, Betsoft specialists had to deviate from the usual methods of implementing bonus modes, introducing new, truly unique options for prize options into the machine. But unfortunately, the slot outperforms competitors only in terms of the uniqueness of the features used, but not in the size and frequency of calculating cash payments. Therefore, to achieve the desired result in this development, users can play only in short sessions and at average rates.