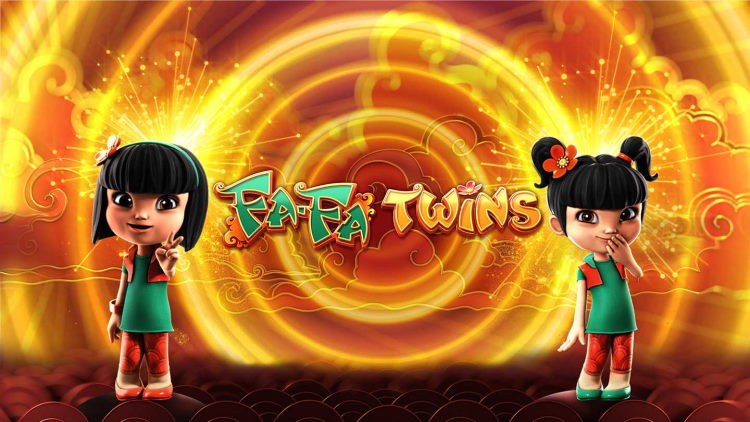 What is Fa Fa Twins Slot?

This time, the developer decided to use Japanese motifs for its new game. We have two charming Japanese twins who appeared on the gaming reels. That is why the slot got its name Fa Fa Twins. The slot machine is simply visually filled with various bright chips and symbols of great Japan. If you get the winning combination, the twins will be happy for you and perform the original dance.

The video slot has 243 winning lines and, probably, Dual Reel function is one of the biggest advantages of the game, where at least two adjacent reels will have the same symbols – if you are lucky, then double reels can fill the entire playing field, bringing the player a solid jackpot.

There are also standard game functions, such as automatic spin and a risky bet, but here you will be asked to choose not red or black, but the eagle or tails displayed on a stylized game coin, also created on the theme of the slot.

The minimum bet in the game is 0.5 euros, and the maximum is 125 euros. The only minus for this slot is that there is no any bonus game, but this fact completely blocks the opportunity to get a solid win-win with the dual reel feature. 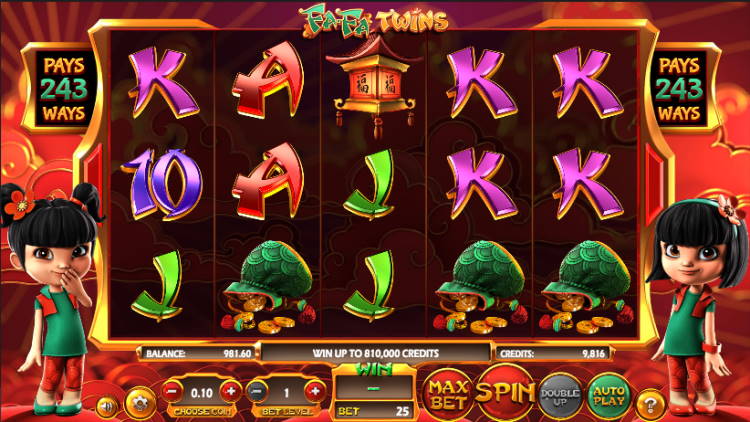 Because there are no bonus rounds in the Fa Fa Twins slot, it becomes interesting what can expect us to play this slot machine. Of course, for fans of various functions, lack of bonus may seem very significant. But still, there is one feature that is added to this gaming machine and will make the gameplay more interesting and profitable.

But the Dual Reels feature can replace classic bonus game. Its meaning lies in the fact that at each spin from two to five game reels can be synchronized. As a result, you get the same character set. And naturally, if this happens you can count on good prizes.

Another feature called Gamble is familiar to everyone and can increase your winnings. All you need is to press the appropriate button after winning and try to guess one of the two pictures.

In general, Fa Fa Twins is slightly different from other Betsoft slots due to the lack of bonus rounds, but despite this, it is still interesting and profitable.

As it can be seen, the only con mentioned is an absence of bobus round. However, it is possible to win big even without it, isn`t it?