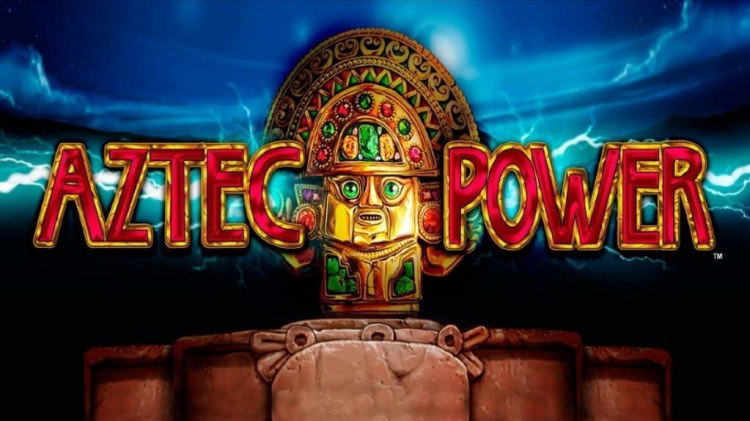 Gameplay & Bonus Features of the Aztec Power Slot by Novomatic

What is the Aztec Power Slot?

With its new Aztec-themed game, Novomatic studio confirms that it remains committed to those ancient civilizations. This title invites you to embark on an unforgettable virtual journey to the jungle pyramids of Central America. Once in these places known as the lands of the Aztecs, you will find the local landscapes magnificent with their greenery and flowering plants. Getting to know the Indian leader is one of your most important missions, as he is ready to give you the highest payout in this game. All symbols of the Aztec Power slot are made in accordance with the culture and traditions of the ancient Aztec empire. The sound effects used here are some of the most powerful among Novomatic games. In general, this slot was designed to give you the best gaming experience and the opportunity to win big cash prizes – it’s worth it to play for real money.

Gameplay of the Aztec Power Slot

This game, with its 5-reel mechanics and 25 paylines that are always activated, offers a relatively simple gameplay. By choosing coin denomination and coin number for the bet, you will see the spinning reels in the hope of landing a winning combination. As its RTP ratio is 95.25%, Aztec Power is a game with good winning potential. In addition, this Aztec-themed title contains several additional features that increase your winning odds.

To win this game, you must build a combination of three or more identical symbols located sequentially along any payline. The first icon of such a sequence should be on the leftmost reel. When you spin the reels of this slot, its symbols will add up in combination quite often.

On reels surrounded by mountains and night sky, symbols of playing cards are displayed forming low-paying combinations. You will also see symbols corresponding to the Aztec culture – a pyramid, a headdress, a dagger, a warrior. As usual, thematic icons form more valuable paid sequences.

Pendant of a golden bird works like Wild, replacing any symbols except Scatters. It does not form paid combinations on its own. Gem Totem is a Scatter. This icon appears only on the middle reels. Having collected three totems, a round with free games will be triggered. 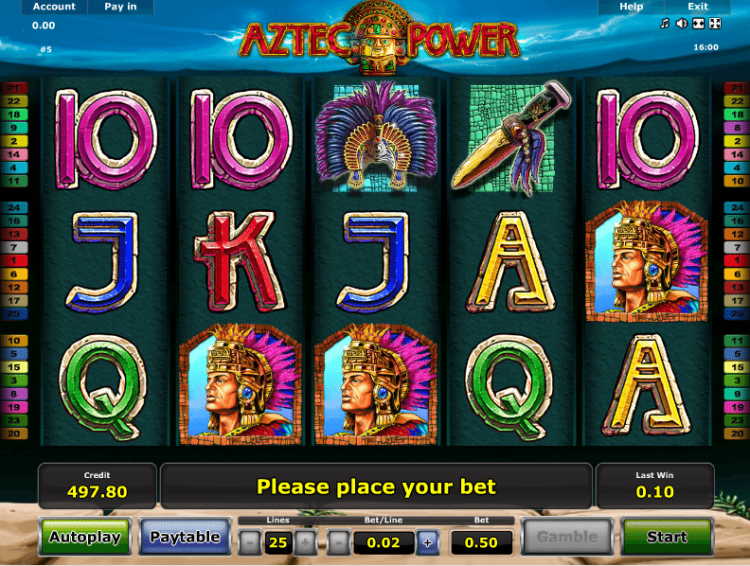 Bonuses of the Aztec Power Slot

By landing 3 or more Scatters on the reels, you will get 20 free spins, all the bets in which the casino will make itself. An additional bonus is the unique property of the first payline to increase the size of the extra payout multiplier, which will be applied as soon as you land a winning combination on this payline. Although the payout multiplier counter will be reset, you will be able to accumulate an extra prize again during the free spins round.

Like many Novomatic products, Aztec Power is equipped with a ‘Gamble’ feature to enable you to unleash your predictive abilities and double any cash prize received in the base game.

We found several positive aspects in this game that make it worthy of playing for real money:

A rather rare launch of the FS round is the only drawback in the Aztec Power slot that is not too significant since you will receive good payouts in the base game. We are sure that unique symbols and frequent payouts will not let you get bored when you play this title.