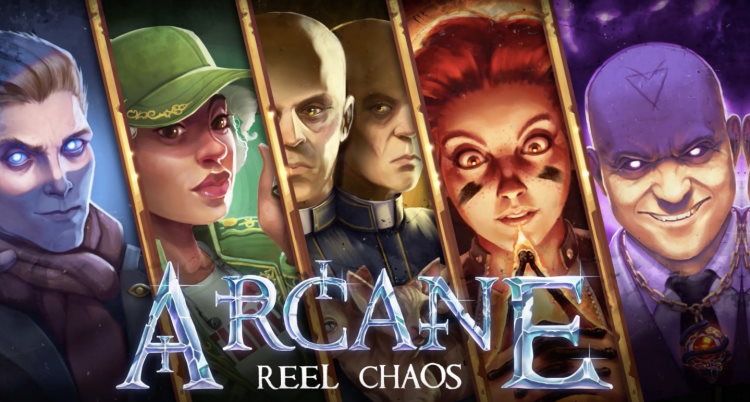 What is Arcane Reel Chaos Slot?

Arcane Reel Chaos slot is a game by NetEnt, built according to the classic 5×3 scheme and having 20 paylines. The gaming machine can bring the luckiest winner the maximum prize of 242500 coins.

The whole story is based on the battle of four superheroes with the forces of evil led by a supervillain. These heroes may randomly appear in the main game (at any time), to give the casino players various bonuses and Wilds. The gaming machine has a special function of free spins, in which the bet can grow up to for times 4x from the player’s initial stake. “Reel Chaos” here may start at any time during the game. Four functions, each of which is based on the capabilities of superheroes include the brightest moments that will be described below

The function of additional spins is activated at the moment when the player gets 3 Scatters (1, 3 and 5 reels only). Here the heroes fight the villains on four different steps that vary depending on the levels of the multiplier and Supervillain health points. In case when a hero passes the last (final) stage, the player will receive a prize in addition to the main win. However, these bonus features will be described in brief further.

The slot with RTP 96.81% uses HTML5 technology, so it can be launched on mobile devices and played at any time. Highrollers that use the Max Bet function and a 200 coins stake, have more chances to win the biggest prize. 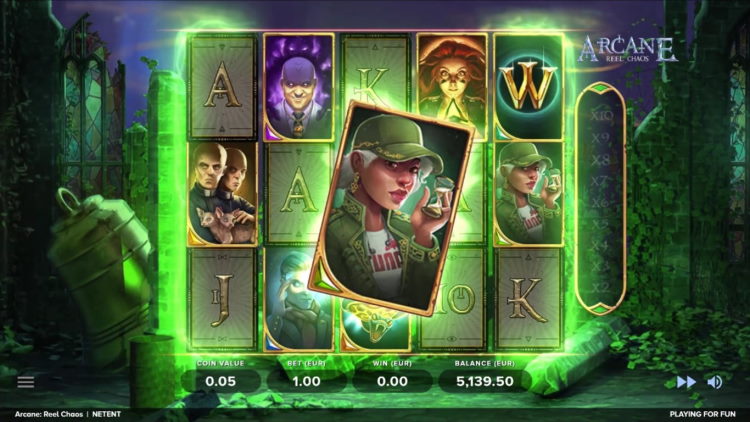 As it was mentioned above, bonus functions are used in the Main game randomly. Besides, the gambler gets Free Spins for Scatters that appear on the 1st, 3rd, 5th reels. Here is the explanation of bonuses in brief:

The slot also has a mini-game: the player needs to defeat the enemy at 4 levels; for each free spin with a gain, the enemy gets damage, when the spin does not bring anything, the gambler loses health. There are no minor symbols in this Prize mini-game: only pictures are used. The game has 4 levels. The last, 4th Level is the coolest one. The gambler can significantly increase his winnings.

The game is so exciting that is has got already thousands of fans. The concept of the gameplay is very unusual. Those, who like various “game-in-a game” function surprises, will enjoy it. However, newbies might find this slot a bit complicated.