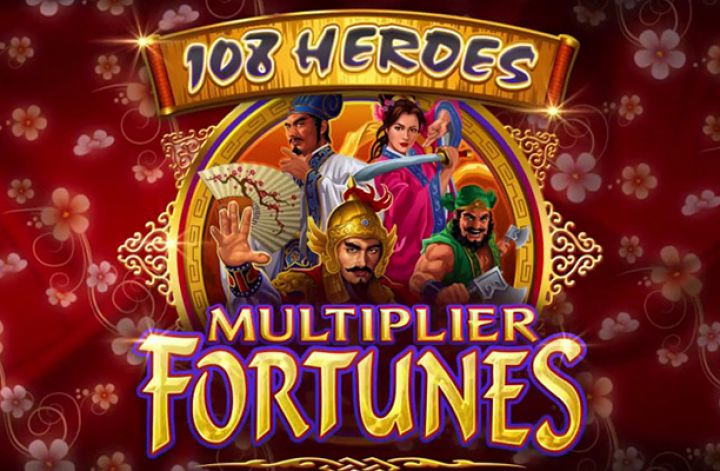 The 108 Heroes Multiplier Fortunes is a classic Microgaming 3-reel slot that has vivid symbols and simple rules for adding up winning combinations. The player does not have to learn tons of rules to get the maximum prize. It is enough to choose the size of the bet and start the rotation of the reels. Although the gaming machine is not as popular as other games of the provider, it is definitely worth attention.

The player who will pick this gaming machine will meet famous warriors — martial artists. The traditional Chinese graphics and epic soundtracks allow gamblers to plunge into the atmosphere of ancient China and join the legendary heroes in the battle for their kingdom.

The playing field of the 108 Heroes Multiplier Fortunes has three reels; each of them consists of 3 cells for symbols. 9 fixed payment lines are constantly available, and their number cannot be changed. However, this makes it possible to receive rewards for each winning combination that appeared on the screen. 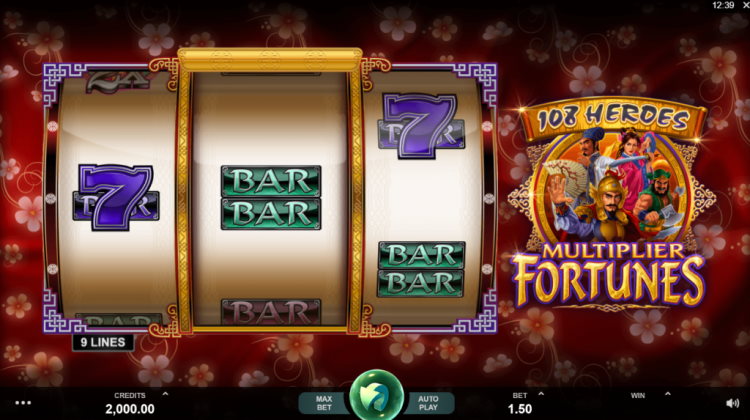 The player will get a reward for a combination of three characters. Icons appearing on the playing field include red and blue Sevens, the inscriptions “Bar”, made in several rows. The peculiarity of the slot is that payout combinations can be formed not only from three identical symbols but also be mixed. For example, the chain, which consists of 2 inscriptions “Bar” and the blue seven, will also be paid.

There is a special symbol — Wild (a picture with the image of heroes). This icon can replace any other on the playing field, completing the pay chain. Thus, the virtual slot allows the player to receive rewards during each spin.

The control buttons are located at the bottom of the screen. The player can choose the size of the bet or, using the “Max Bet”, set the maximum amount with one click. There is an “AutoPlay button”, which turns the automatic game mode on. The gamer will be able to choose the size of the bet and the number of spins that the machine will produce on its own. The entire amount of winnings for the auto game will immediately appear on the player’s account. The button, with the image of arrows, starts the rotation of the reels. There are also windows on the control panel that indicate the total amount on the game account and the size of the current bet.

Spinning the reels of this slot, every gamer can count on receiving a jackpot, the amount of which is equal to 100,000 coins. He can get this a prize during any of the reels rotations. To do this, he has to get a combination, which consists of three Wilds.

For those, who love slots with HD and 3D graphics this game might seem too simple and even boring. It does not have diverse characters either. However, the simplicity of the gameplay is a real gift for newbies. Playing this classic slot, they will understand the principle of the gaming machines work.